CASABLANCA, MOROCCO - 14 MAY 2016: Rosemari Mealy's book "Fidel & Malcolm X. Memories of a meeting", featuring pictures of the two leaders with Luqman Abdul-Hakeem (82), a close follower of Malcolm X that chauffeured the African American activist around and introduced him to Cuban leader Fidel Castro in September 1960, is here in Mr Hakeem's home in Sidi Maarouf, a district of Casablanca, Morocco, on May 14th 2016.

Born in Cleveland, OH, in 1934, Luqman Abdul-Hakeem was raised in Flushing, Queens, and then moved to Bayside, where he graduated in 1952. He attended the New York Technical University for a few months before enrolling in the Navy, where he stayed for two years. Though he had asked for ship duty, he ended up in Springfield, Mass., and Glennclose, Ill. He moved to Brooklyn when his hitch was done and by 1966 was studying jujitsu and aikido. He met Malcolm X during one of his sermons on 116th street in Harlem, New York, in the late 50’s. In 1985, Mr. Hakeem decided to move to Marocco because America wasn't a country where he wanted to raise hois children. He has been teaching aikido in the two dojos he owns in Casablanca until 2014, when he underwent a surgery. 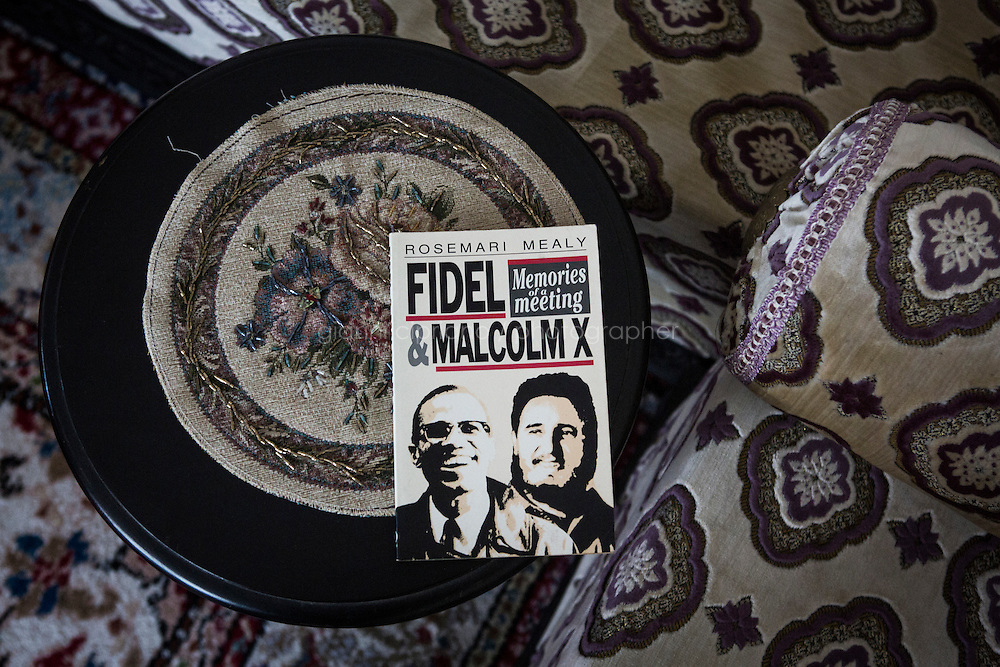