VALLETTA, MALTA - 3 November 2013: Graves at the Msida Garden of Rest in Valletta, Malta, on November 3rd 2013. The Garden was the main protestant cemetery or burial place in Malta from about 1806. The Garden of Rest lies in the Msida Bastion, which is so called because it overlooks Msida across the Harbour. 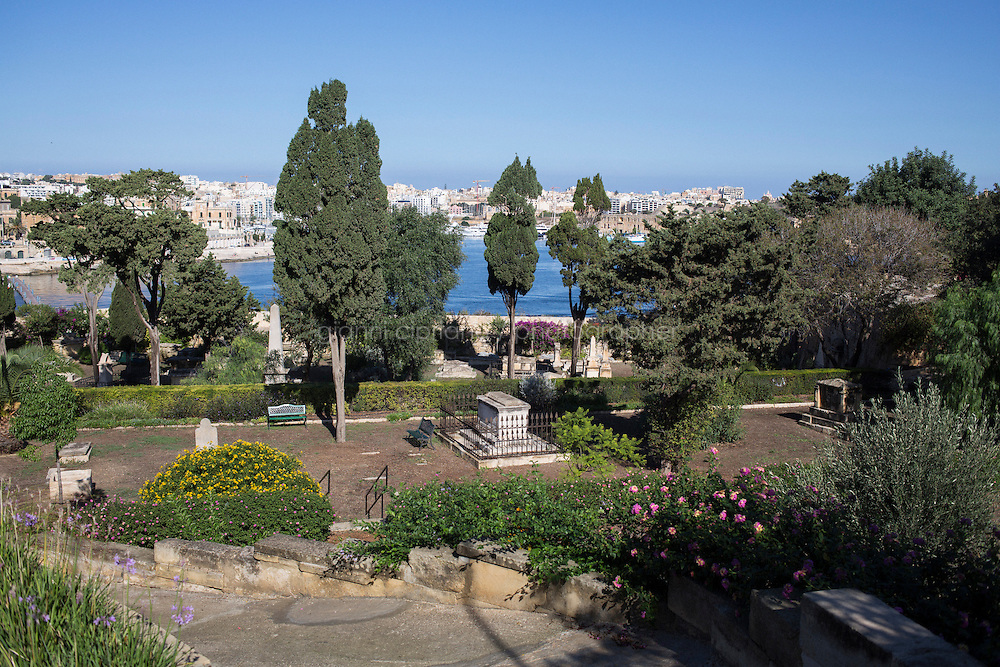