VALLETTA, MALTA - 3 November 2013: An elderly man fishes in the Gran Harbour from the quarry wharf in Valletta, Malta, on November 3rd 2013. 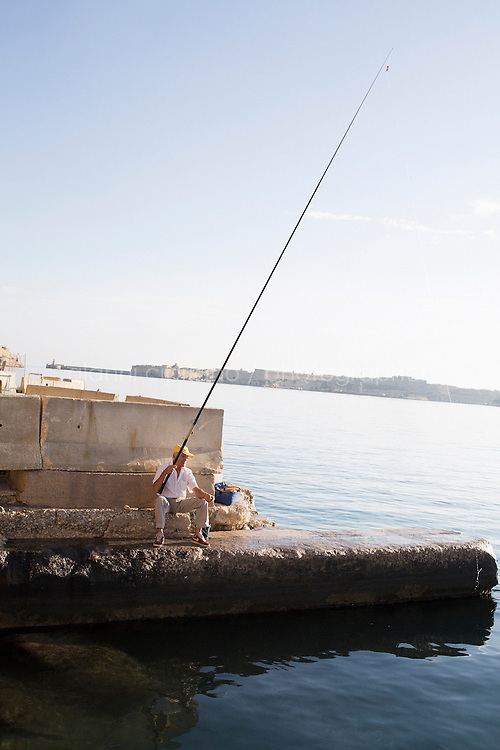