Reggio Calabria, Italy - 31 August, 2012: A surveillance monitor in the office of anti-mafia prosecutor Nicola Gratteri films the armored entrance door of his office in the courthouse of Reggio Calabria, Italy, on August 31, 2012. In June Mr Gratteri found out about a plot to kill him. A mafia boss-turned-state witness had confessed that a prominent family belonging to the Calabrian mafia ‘Ndrangheta had recently purchased 36 pounds of plastic explosives, with which they’d planned to blow up Gratteri and his security escort.

The Libri gang of Reggio Calabria has managed to infiltrate even the construction of the new palace of justice, not through the traditional system of bribes, but by legally signing for the delivery of services and labor that was controlled and taxed by the mob.

Last summer the European Union's anti-fraud office demanded that Italy redirect 380 million euros in structural funding away from the A3 Salerno - Reggio Calabria highway after finding widespread evidence of corruption in the bidding processes. 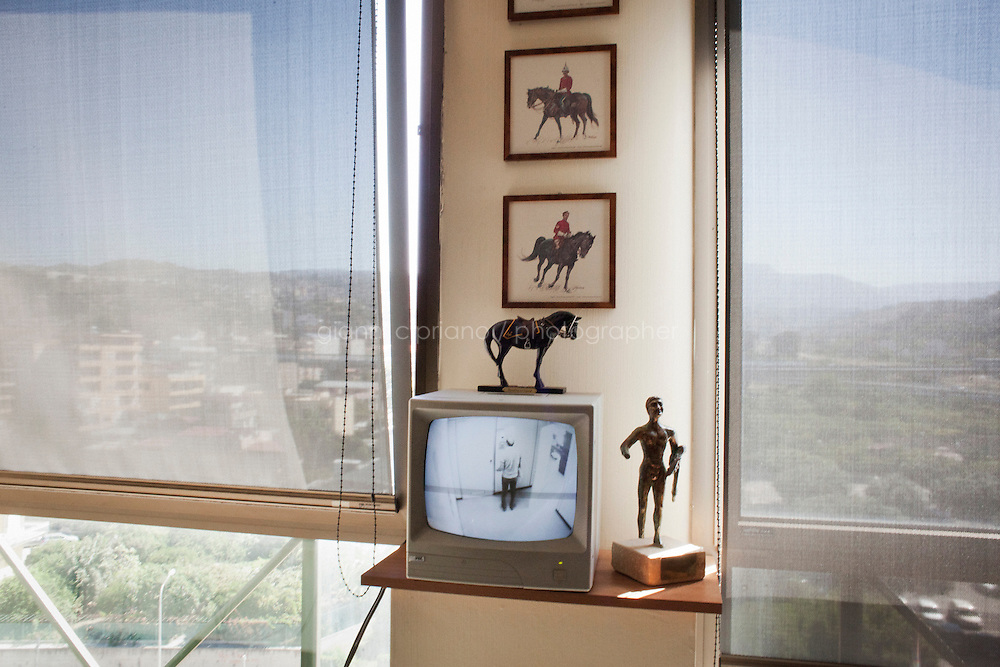