Rome, Italy - 28 April, 2012: In Rome Tiburtina train station, ITALO staff assists passengers in Casa Italo, an assistance and welcome point for Europe’s first private operator of high-speed, domestic trains in Italy, in Rome, Italy, on April 28, 2012. The company’s president is Ferrari chairman Luca Cordero di Montezemolo, one of the shareholders along with other private entrepreneurs like luxury businessmen Diego Della Valle, the French railway company, Italy’s largest retail bank and the country’s largest insurer. Italy’s NTV (Nuovo Trasporto Viaggiatori) is the first company in Europe to compete with the state-run Trenitalia on high-speed service. When at full regime at the end of the year, 25 innovative trains will connect nine Italian cities, from Salerno to Milan, from Turin to Venice at 300km per hour. Italo passengers will board on stable trains that do not rely on a locomotive car, but has engines underneath each of the 11 carriages to increase capacity as well as safety.
Ph. Gianni Cipriano for The New York Times 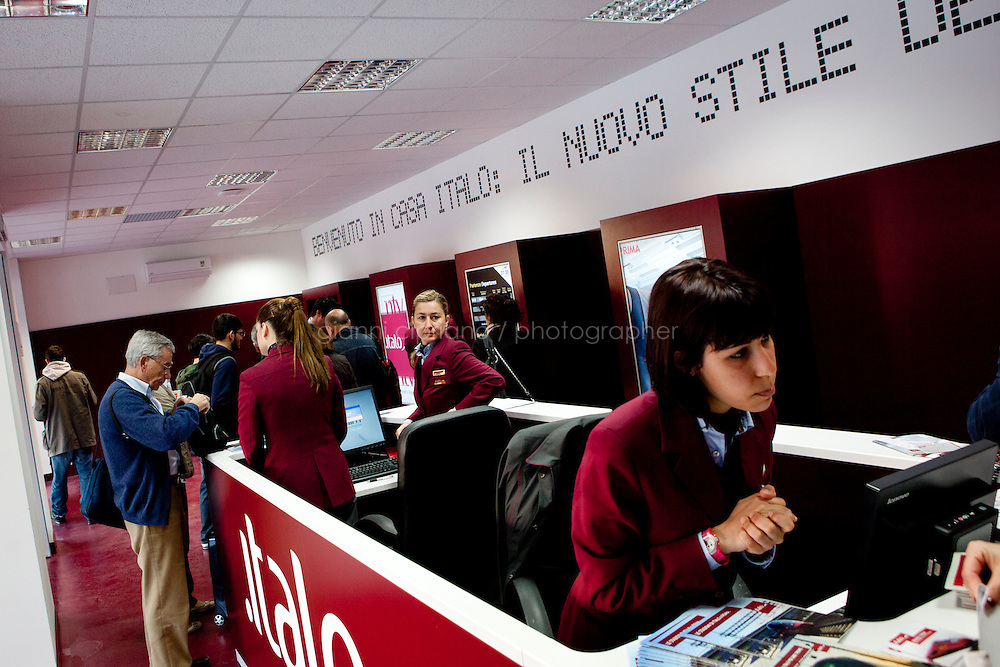