NAPLES, ITALY - 12 APRIL 2020: Angela Fusco (10) writes a message saying "Buon Appetito" and "Everything will be fine" for each meal that will be distributed to homeless people by a group of volunteers n Naples, Italy, on April 12th 2020. 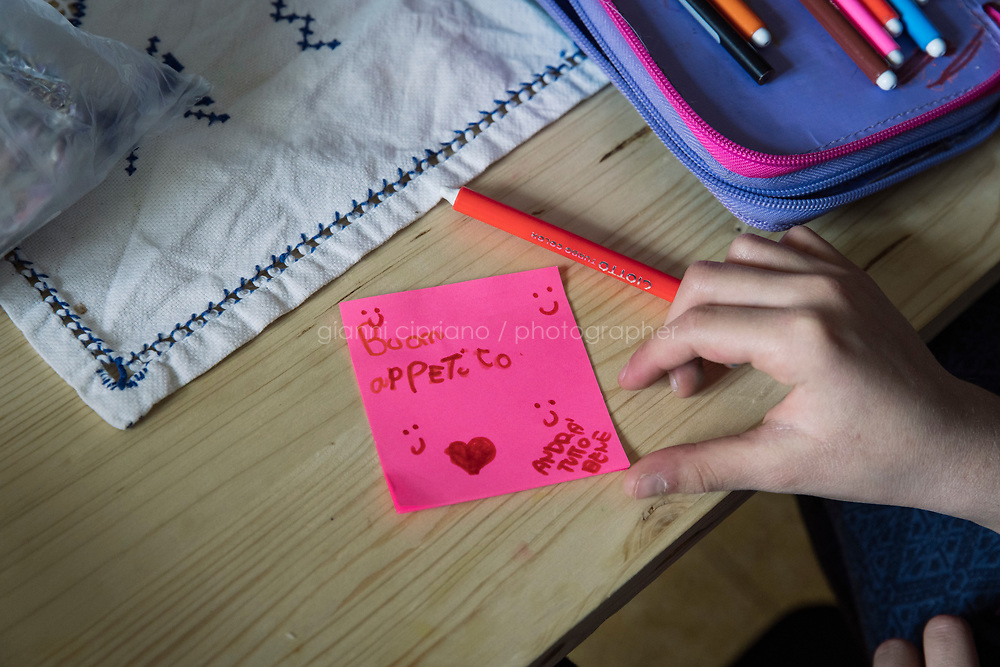