PALERMO, ITALY - 22 MARCH 2017: Palermo’s municipal archives – whose late 19th century grand hall may have been inspired by the Great Synagogue - recently exhibited the 1492 edict that banned jews from the island and mementos of more recent affronts, including documents from the years following Mussolini’s 1938 racial laws, in Palermo, Italy, on March 22nd 2017. 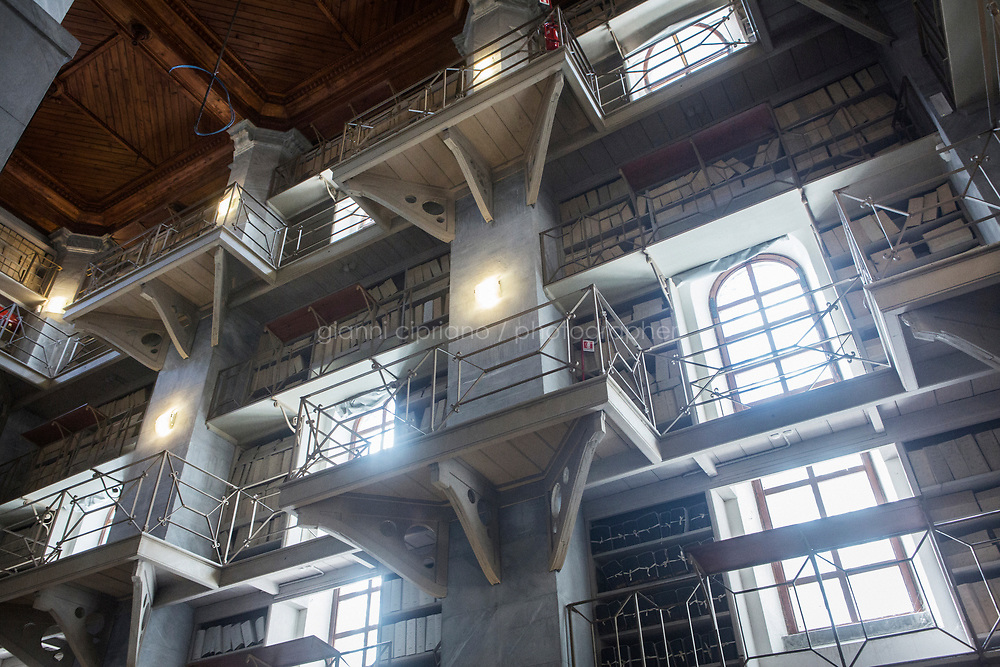