CASTIGLONE A CASAURIA, ITALY - APRIL 8: A man reads a guide at the entrance of the Historic Abbey of San Clemente that was returned to its community fully restored two yers after it was damaged by the devastating 2009 Abruzzo earthquake in Italy, at a inauguration ceremony on April 8, 2011 in Castiglione a Casauria, Italy. Following the earthquake, Bertrand du Vignaud, President of World Monuments Fund Europe, in coordination with the Italian Ministry of Culture, identified the twelfth-century Abbey of San Clemente a Casauria as a priority project. World Monuments Fund (WMF), the foremost independent, nonprofit historic preservation organization, and the Fondazione Pescarabruzzo, the most important local benefactor, agreed to cover the total cost of the conservation program. 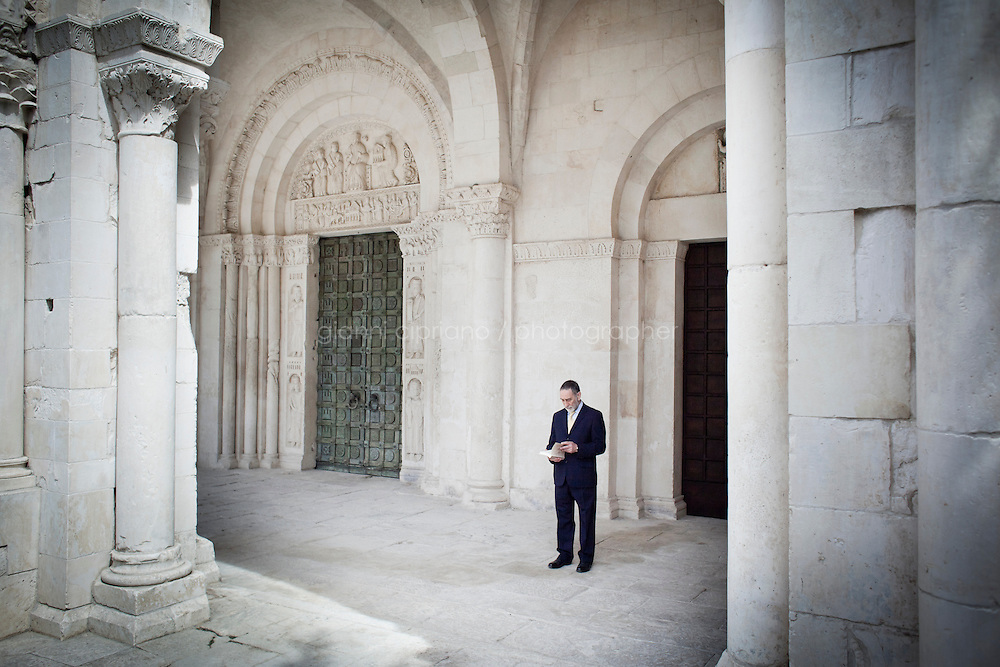