BEAUSOLEIL, FRANCE - 17 NOVEMBER 2014: A migrant takes the train that goes from Ventimiglia to Nice, taken by migrants that want to cross the border from Italy to France, in Beausoleil, France, on November 17th 2014. They are trying to call their friend that was caught by the French border patrol in Menton that pushed him back to Italy.

The Ventimiglia-Menton border is the border between Italy and France crossed by migrants who decide to continue their journey up north towards countries such as Germany, Sweden, The Netherlands and the UK where the process to receive the refugee status or humanitarian protection is smoother and faster. in Ventimiglia, Italy, on November 17th 2014. 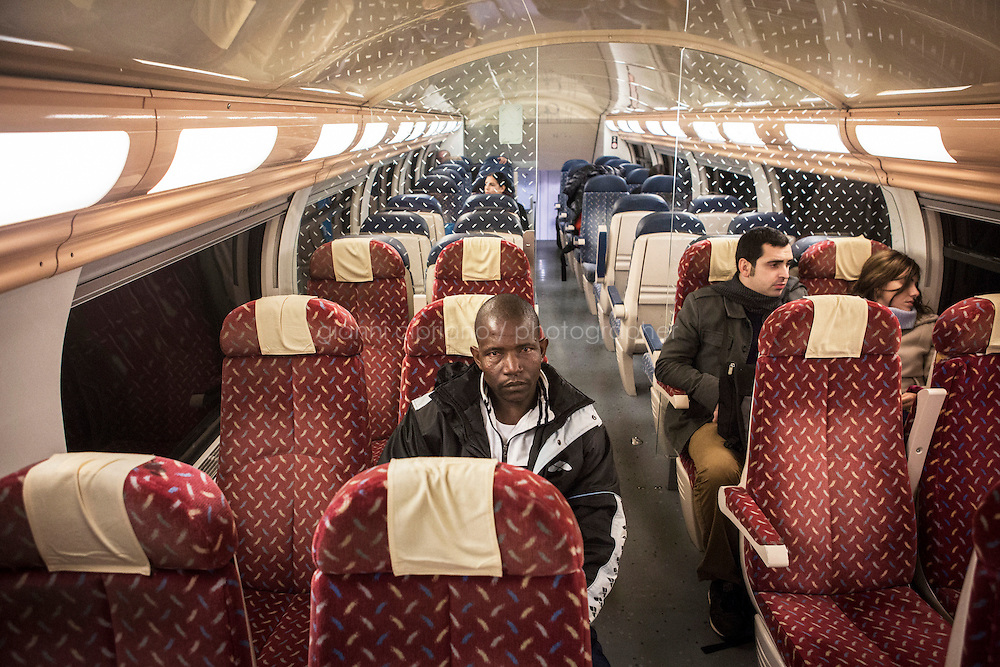