TURIN, ITALY - 23 October 2013: Participant of Masterpiece Federica Lauto (29) exits the state TV Rai studios after being eliminated by a panel of judges, in Turin, Italy, on October 23rd 2013. 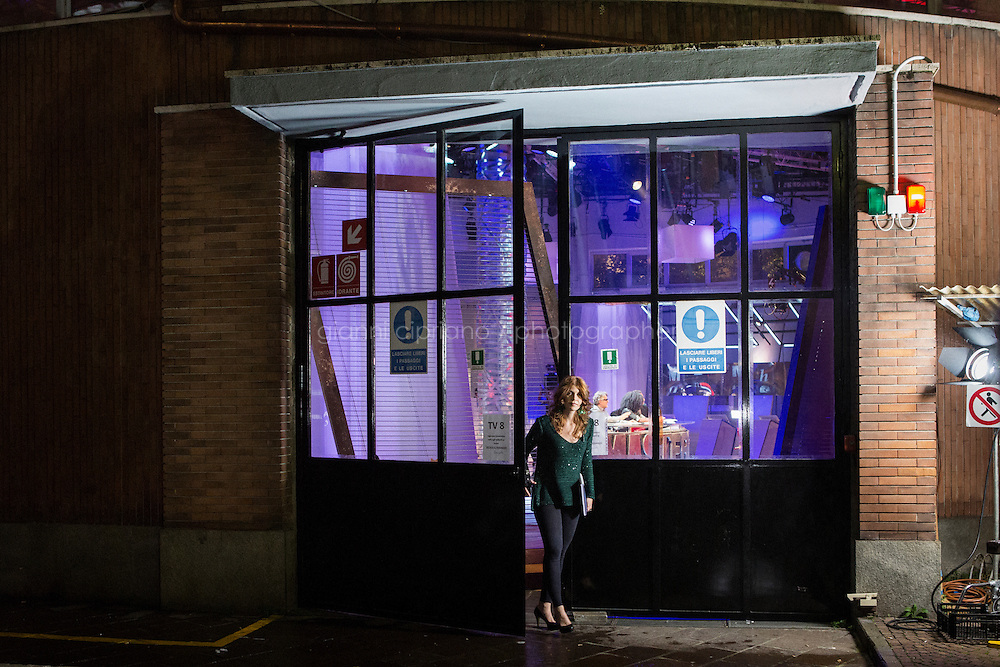