VALLETTA, MALTA - 2 November 2013: A Knights' cloak beloning to Marquis Nicholas de Piro (72), a Knight Hospitaller of the Order of St. John of Jerusalem (also known as Knights of Malta), hangs on closet in the Archives of Casa Rocca Piccola, a 16th-century palace and home of the noble de Piro family in Valletta, Malta, on November 2nd 2013. 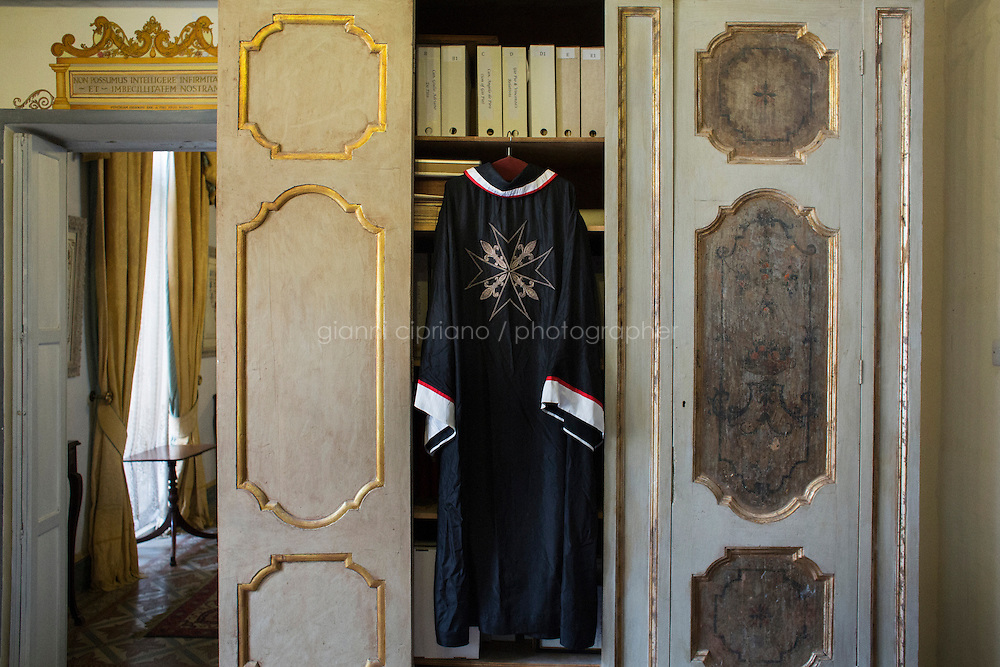