MANAROLA, ITALY - 1 JUNE 2017: Margherita Ermirio, 32, a local who has spent years abroad and is now the pillar of the battle to restore dry stone walls and preserve the terracing, touches a non-dry stone wall (cement has been used here) to show a class of high-school students the difference with dry stone walls, here in Manarola, Italy, on June 1st 2017. 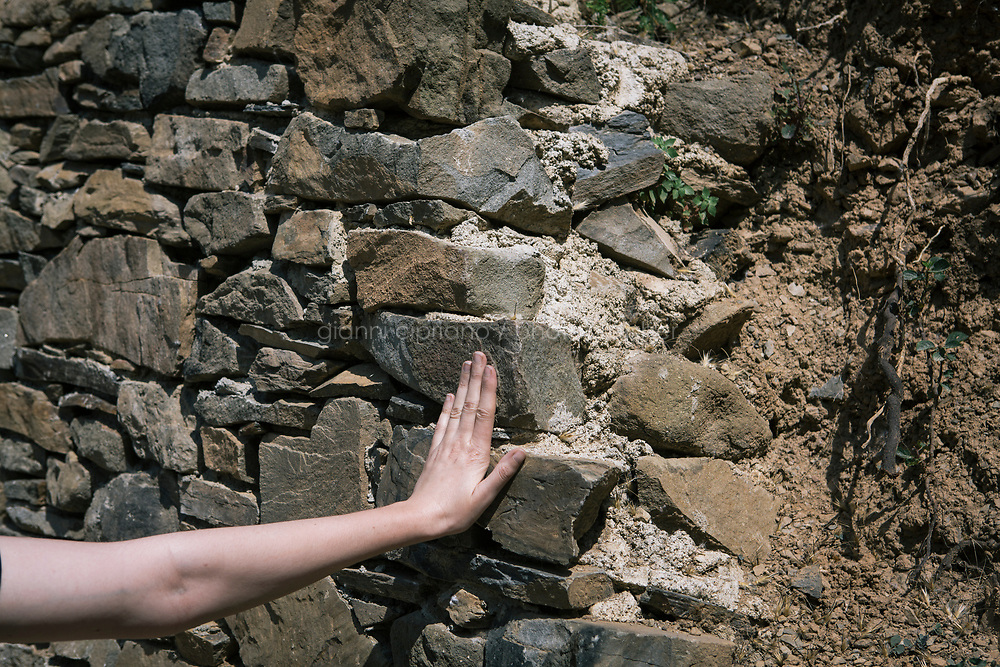