SALERNO, ITALY - 11 MAY 2020: Antonella Maresca, a 54 years old part-time cleaning lady and care giver now relying on food handouts from the charity "L'Abbraccio" (Italian for The Hug), poses for a portrait at the charity headquarters in Salerno, Italy, on May 11th 2020. 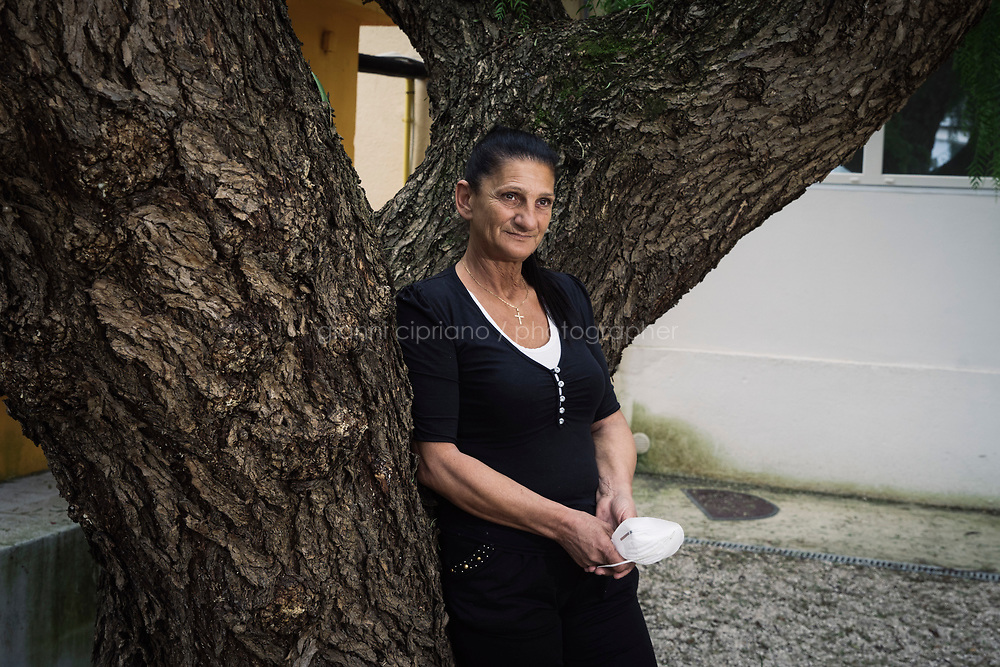