Vittorio Correale is a child of the culinary arts: his parents owned a restaurant near Piazza del Plebiscito. In 1965, at the age of 20, Vittorio decided to open his own small place in Fuorigrotta, which underwent intense expansion in the 20th century, particularly after the Second World War. Today, 74-year-old Vittorio still runs the whole kitchen alone, like a great conductor. “Only” 30 years ago, Antonio Ziccardi, who goes by the nickname Tonino, arrived and became Vittorio’s helper, taking over the dining room duties.
Even though 54 years have passed, the restaurant is the same as when it was founded: 10 tables, around forty seats, almost all of which are occupied come midday. 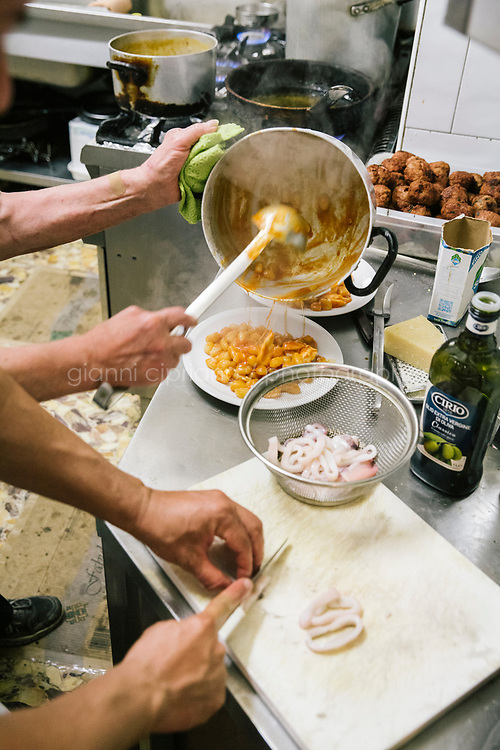