ROME, ITALY - 2 JULY 2018: Jan Antem (center, as Marullo) and Johnny Bombino (right, as the Conte di Ceprano), are seen here backstge as they get ready for their performance of the "Rigoletto", an opera in three acts by composer Giuseppe Verdi, performed on the OperaCamion truck in Corviale, a suburb in Rome, Italy, on July 2nd 2018. 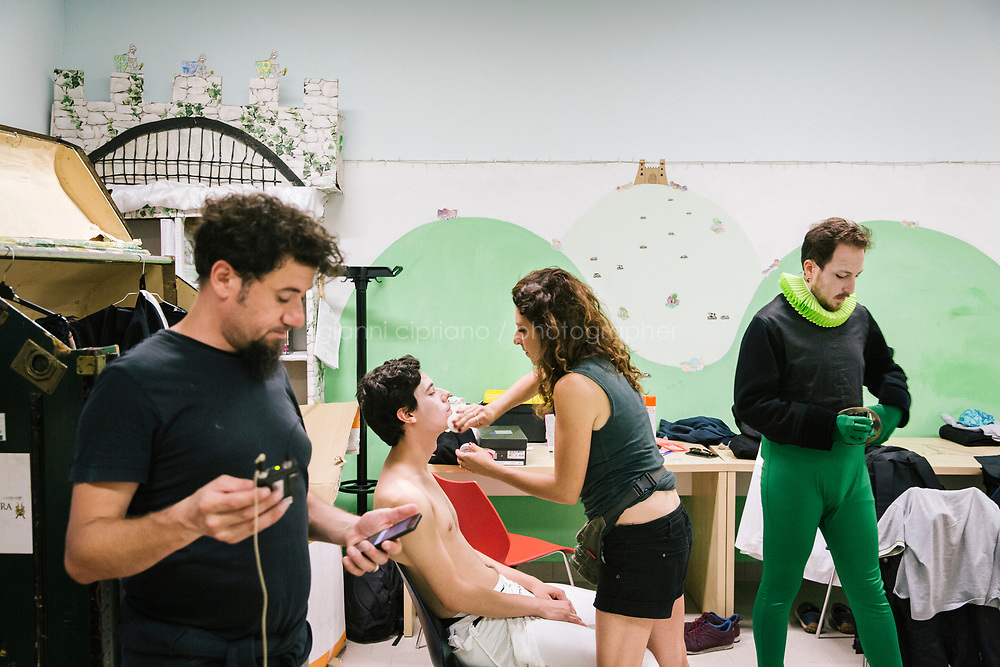