"S.A.C.R.E.D." (2013) is Ai Weiwei's new work addressing his 2011 arrest by the Chinese Government and the 81-day period subsequently spent in captivity. This is the first time the artist has directly responded to his incarceration through a work in a public exhibition. S.A.C.R.E.D. is composed of six parts: (i) S upper, (ii) A ccusers, (iii) C leansing, (iv) R itual, (v) E ntropy, and (vi) D oubt. This landmark work coprises six large iron boxes with small apertures - such as those found in the door of a cell - though which the viewer must peer to see the dioramas contained within. Each diorama includes large hyper-realist models of the artist and his captors, and documents the different stages of Ai Weiwei's time in incarceration. 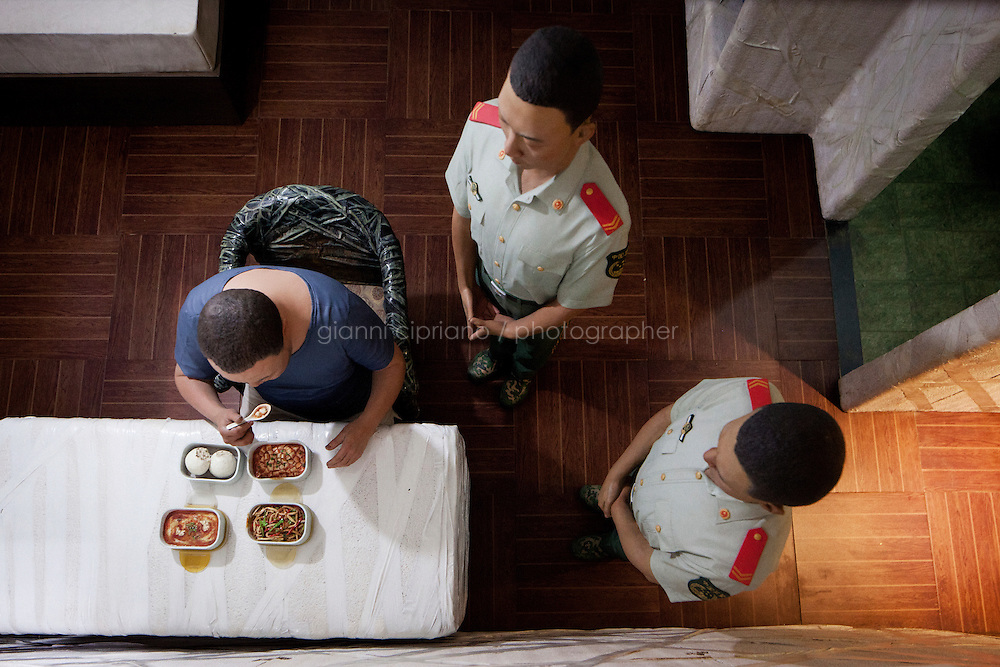