VENICE, ITALY - 1 JUNE 2013: A visitor picks one of Edson Chagas' 23 large-format photographic posters of "Luanda, Encyclopedic City", an installation open to the interaction with the public, invited to create its own urban encyclopedia in comparision with the Collection of Ancient Art of the Galleria of Palazzo Cini, and to reflect on the theme of the palace Encyclopedic of the Biennale, at Palazzo Cini in Venice, Italy, on June 1st 2013.

"Luanda, Encyclopedic City" is the First Pavilion of the Republic of Angola at the 55th International Art Exhibition - la Biennale di Venezia and the first African Pavilion that wins the Golden Lion.

Angolan artist Edson Chagas focuses on the complexity of Angola's capital, Luanda, which derives from the presence of unpredictable spaces and the coexistence of irreconcilable programs: city and country, infrastructure and habitations, garbage tips and public spaces. Luanda is an encyclopedic city. 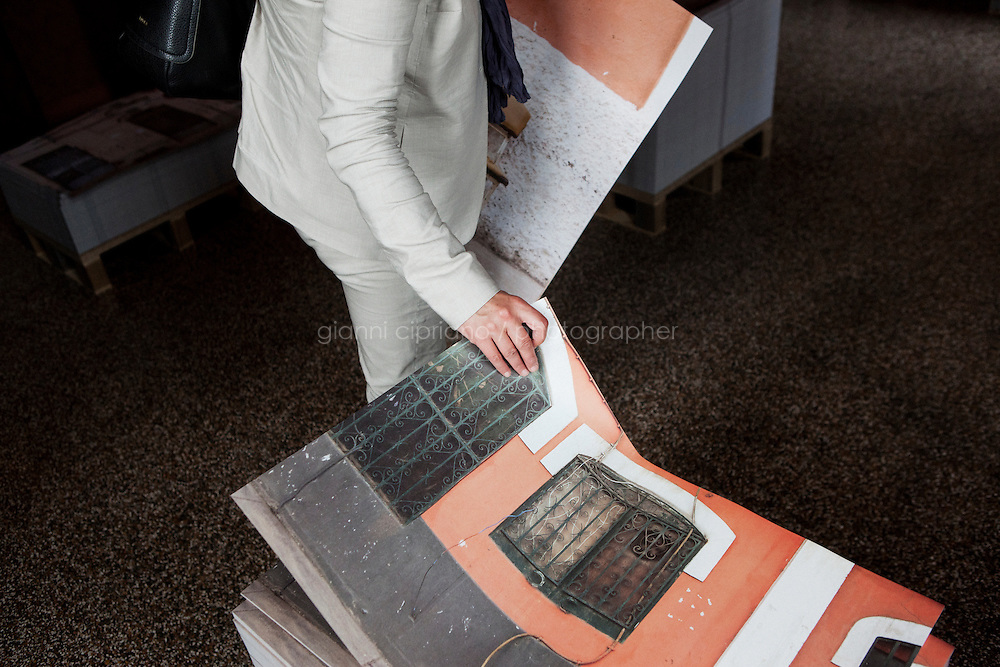