12 March, 2008. Modica, Sicily, Italy. Some of the original Baroque tiles are kept in the cellar of the Historical Baroque Palazzo Marconi. They that were removed during the 1950's renovation works of the building. Palazzo Marconi is in the centro storico (historical center) of Modica. The building was built in 1878 and some of its baroque rooms (as well as the entrance staircase) were destroyed to create an apartment in the 1950's. It consists of two floors of 350 square meters each and of partially covered terrace of 350 square meters with a 360 degrees panoramic view. The furnished property is on sale for 500,000 euros. Palazzo Marconi is situated in via Marconi 5, near Piazza San Giovanni in the baroque town of Modica, in Southern Sicily. Modica is part of the UNIESCO Heritage Sites in Italy, and despite the earthquakes in 1613 and 1693, the city has maintained some of the most beautiful architectures in Sicily, in the Sicilian Baroque style. 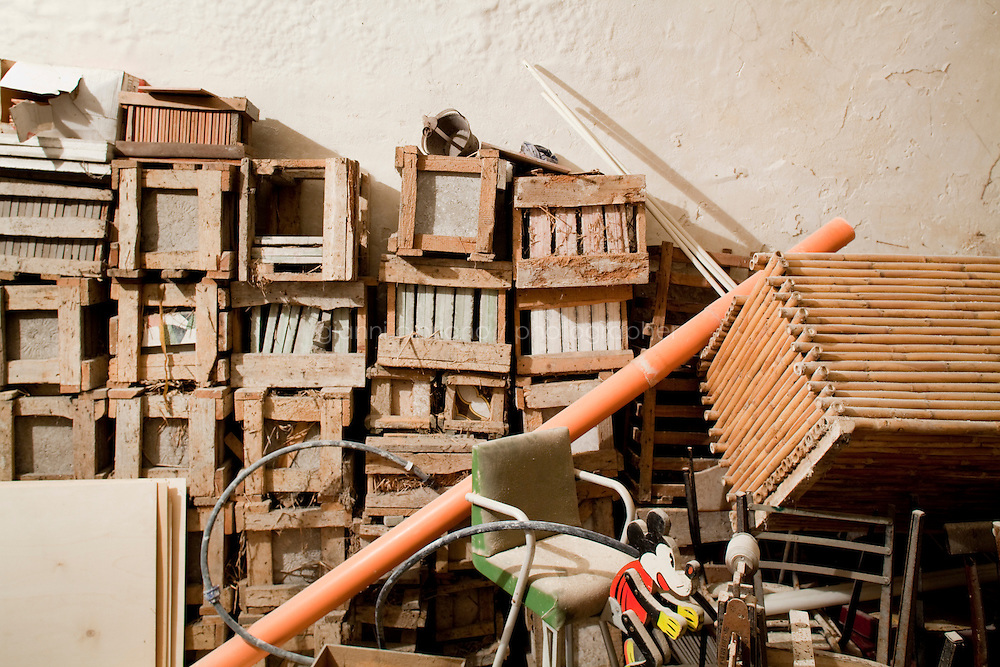