VENICE, ITALY - 31 MAY 2013: The eyes of a performer appear behind a small fake brick wall in Eva Kotatkova's "Asylum" (2013) - mixed media installation - at the exhibition "Il Palazzo Enciclopedico" (The Encyclopedic Palace) at the Central Pavillon at the Giardini of the Biennale in Venice, Italy, on May 31st 2013.

The Exhibition Il Palazzo Enciclopedico (The Encyclopedic Palace) will be laid out in the Central Pavilion (Giardini) and in the Arsenale forming a single itinerary, with works spanning over the past century alongside several new commissions, including over 150 artists from 38 countries. Il Palazzo Enciclopedico (The Encyclopedic Palace) investigates the desire to see and know everything: it is a show about obsessions and about the transformative power of the imagination. The exhibition opens in the Central Pavilion with a presentation of Carl Gustav Jung's Red Book. 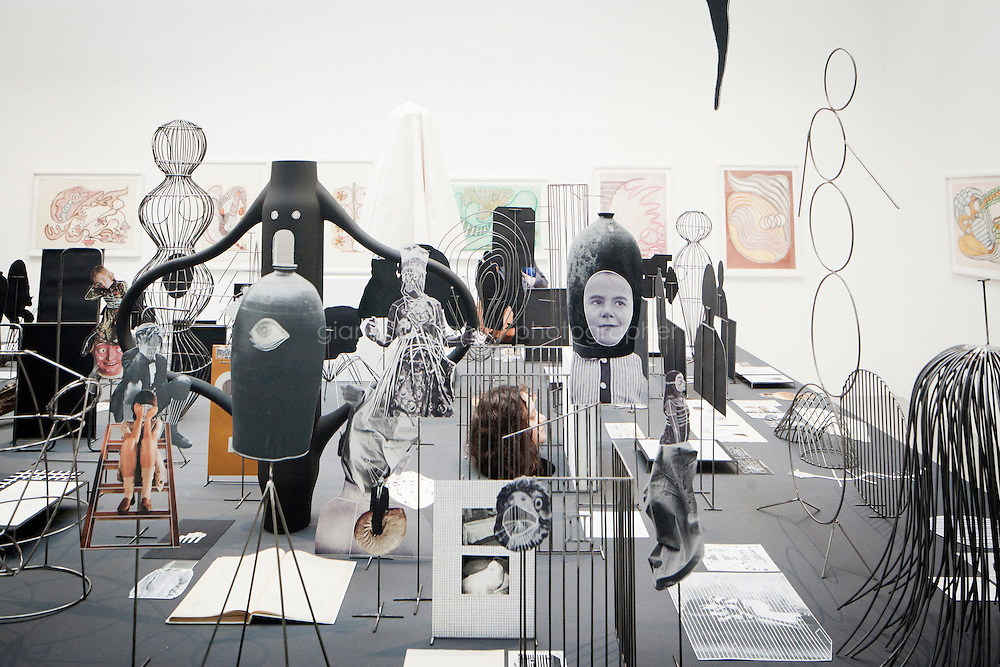