TALAMONE, ITALY - 26 AUGUST 2019: Fisherman and activist Paolo Fanciulli (58, left) point to a flatscreen television playing hours of national, local and international television news segments all about him, during dinner in the garden he converted into a restaurant, in Talamone, Italy, on August 26th 2019.

In 2006, fisherman Paolo Fanciulli used government funds and the donations from his loyal excursion clients to fund a project in which they protected the local waters from trawling by dropping hundreds of concrete blocks around the seabed. But his true dream was to lay down works of art down on the sea floor off the coast of Tuscany. His underwater art dreams came true when the owner of a Carrara quarry, inspired by Mr. Fanciulli’s vision, donated a hundred marble blocks to the project.
Mr. Fanciulli invited sculptors to work the marble and set up kickstarter accounts, boat tours and dinners to fund the project. The acclaimed British artist Emily Young carved a ten-ton “Weeping Guardian” face, which was lowered with other sculptures into the water in 2015.
Since then, coral and plant life have covered the sculptures and helped bring back the fish. And Paolo the Fisherman is catching as many of them as he can. 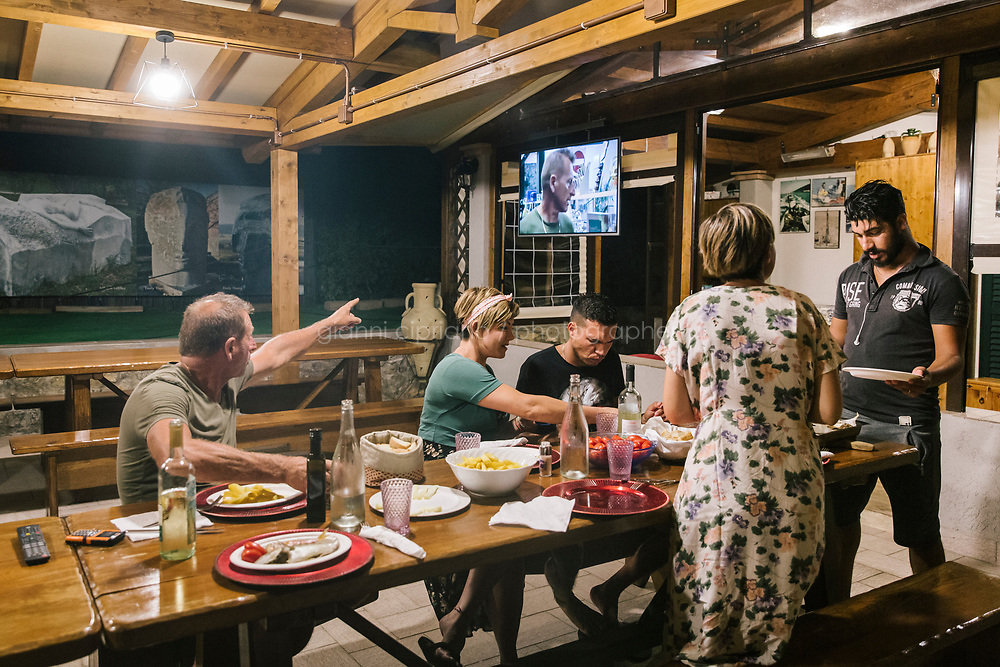