MATERA, ITALY -6 OCTOBER 2019: Costume and set designers are seen here preparing the crucifixion of the impenitent thief (on the left of Jesus Christ) during the production of "The New Gospel", a film by Swiss theatre director Milo Rau, in Matera, Italy, on October 6th 2019. 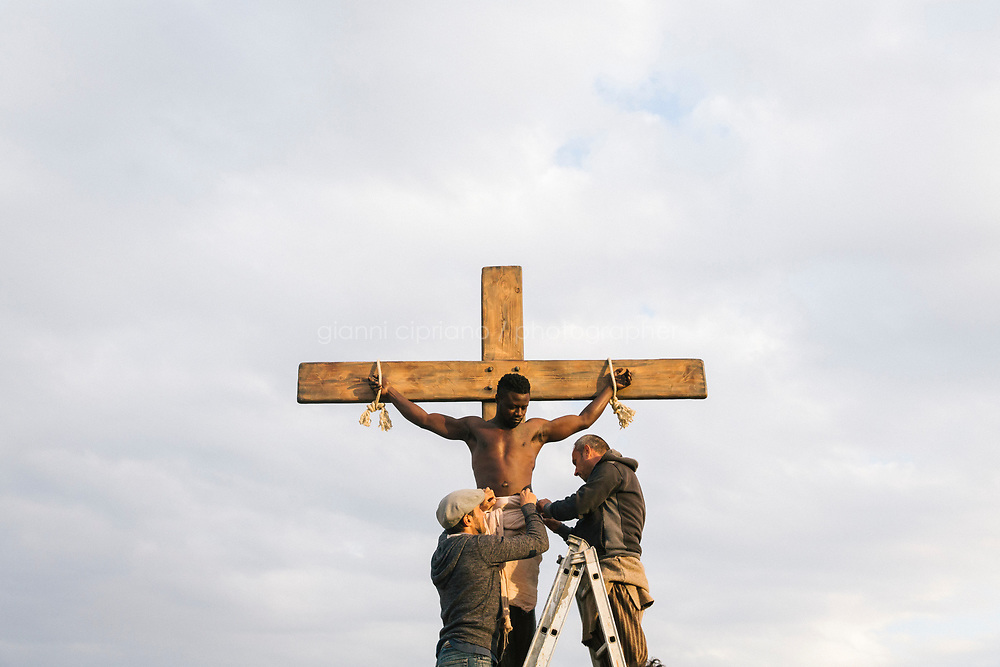