PRIOLO GARGALLO (SICILY), ITALY - 31 JULY 2013: (R-L) Elio and Stefania Vincenzi, respectively the 65 years old and 18 years old husband and daughter of the missing and presumed dead Costa Concordia cruise ship passenger Mariagrazia Trecarichi, pose for a portrait in the living room by the piano, guitar and puzzle belonging to Mariagrazia, in their home in Priolo Gargallo, Italy, on July 31st 2013. Elio Vincenzi defines himself a "pantofolaio", an Italian word for "homebody" (a person who prefers staying at home), reason for which Mr Vincenzi didn't celebrate Mrs Trecarichi's 50th birthday on the Costa Concordia cruise ship. "I'm sorry my wife didn't get to know this new version of me, because since she disappeared I decided to take off my slippers and wear fins instead", Mr Vincenzi said. Stefania Vincenzi is running for the final selections of Miss Italy after winning the local contest in Sicily. The idea of participating at the beauty pageant came after Mariagrazia Trecarichi met a friend who organizes the local castings who told her Stefania suited the contest. 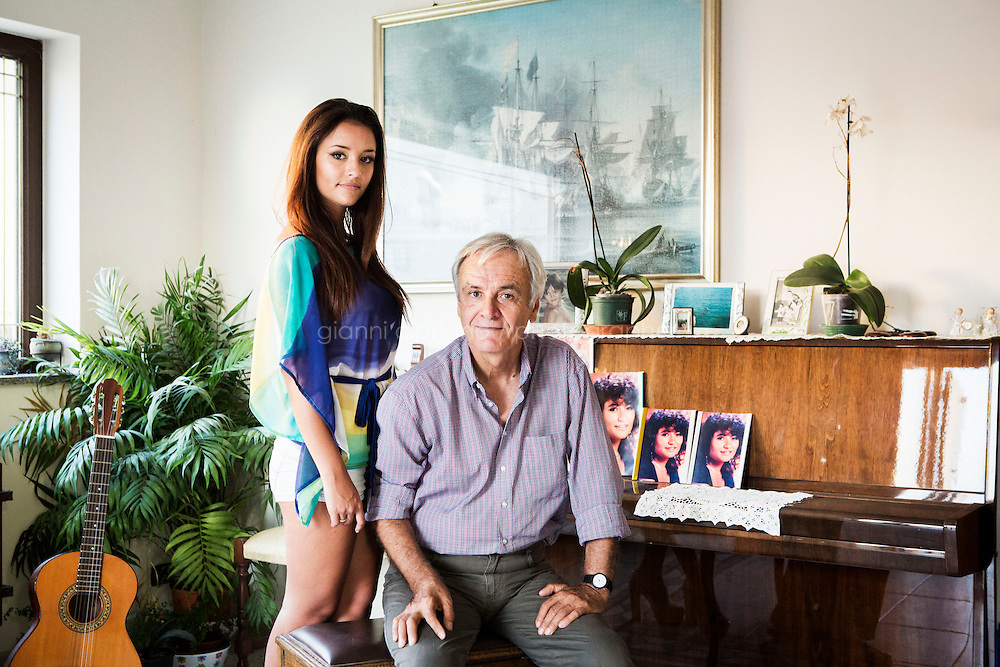