MANAROLA, ITALY - 1 JUNE 2017: Hills with dry stone walls and terracings are seen here in Manarola, a village of the Cinque Terre, Italy, on June 1st 2017. 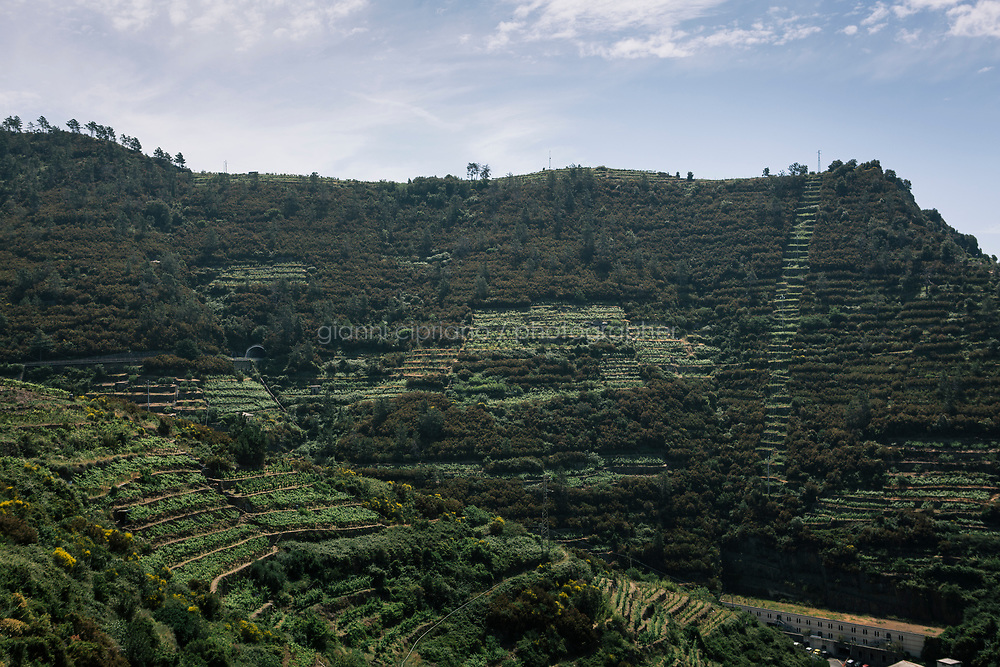