PALERMO, ITALY - 22 MARCH 2017: (L-R) Maria Antonietta Ancona, Evelyne Aouate, Eliana Calandra and Luciana Pepi, who spearheaded the efforts to get a new synagogue in Palermo, pose for a portrait in the Municipal Archive of Palermo, Italy, on March 22nd 2017. Palermo’s municipal archives – whose late 19th century grand hall may have been inspired by the Great Synagogue - recently exhibited the 1492 edict that banned jews from the island and mementos of more recent affronts, including documents from the years following Mussolini’s 1938 racial laws. 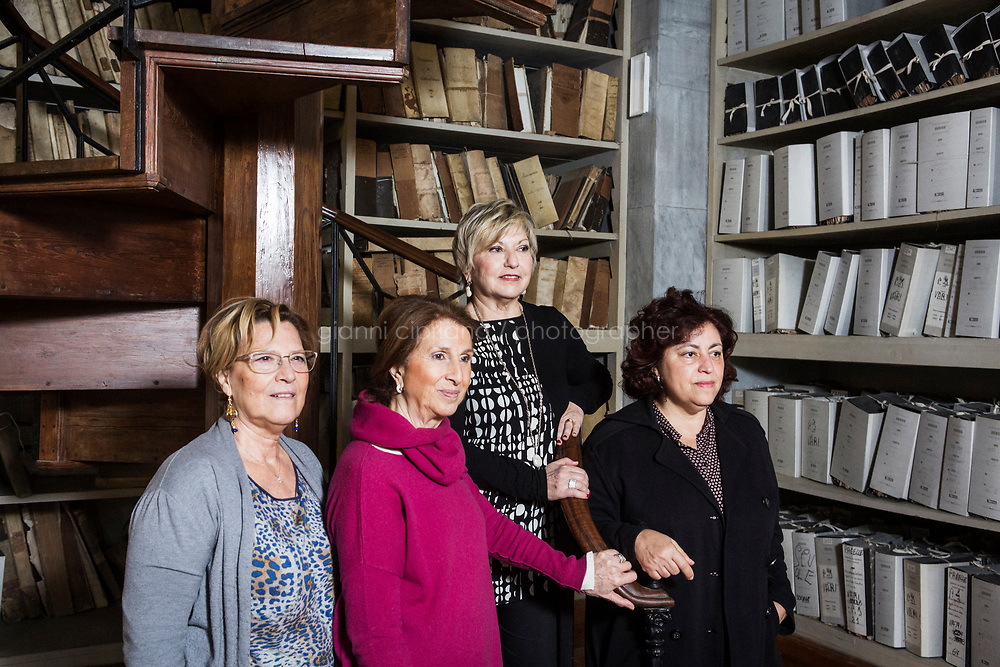