INTERNATIONAL WATERS BETWEEN MALTA AND SICILY - 8 FEBRUARY 2017: Officials and petty officials of the Libyan Navy Coastguard and Libyan Navy play foosball at the end of the day in the hangar of the San Giorgio, an amphibious transport dock of the Italian Navy, in international waters between Malta and Sicily, on Febuary 8th 2017.

As a consequence of the April 2015 Libya migrant shipwrecks, the EU launched a military operation known as European Union Naval Force Mediterranean (EUNAVFOR Med), also known as Operation Sophia, with the aim of neutralising established refugee smuggling routes in the Mediterranean. The aim of this new operation launched by Europe is to undertake systematic efforts to identify, capture and dispose of vessels as well as enabling assets used or suspected of being used by migrant smugglers or traffickers. On 20 June 2016, the Council of the European Union extended Operation Sophia’s mandate reinforcing it by supporting the training of the Libyan coastguard.
Thus far, following EUNAVFOR MED operation Sophia’s activities, 101 suspected smugglers and traffickers have been apprehended and transferred to the Italian
authorities and 380 boats were removed from the criminal organizations' availability. The Operation has saved 32.081 migrants, among whom 1888 children.

On February 2nd 2017 Italian Premier Paolo Gentiloni and Prime Minister of the U.N. backed Libyan government Fayez al-Serraj signed a memorandum of understanding on cooperation to combat illegal migration, human trafficking and contraband and on reinforcing the border between Libya and Italy. The following day, as EU leaders meet in Malta for a summit, European Council President Donald Tusk said after talks with Serraj, that “it is time to close the (migrant) route from Libya to Italy” and that “the EU has shown it is able to close the routes of irregular migration, as it has done in the eastern Mediterranean.” Tusk said the Central Mediterranean route was “not sustaina 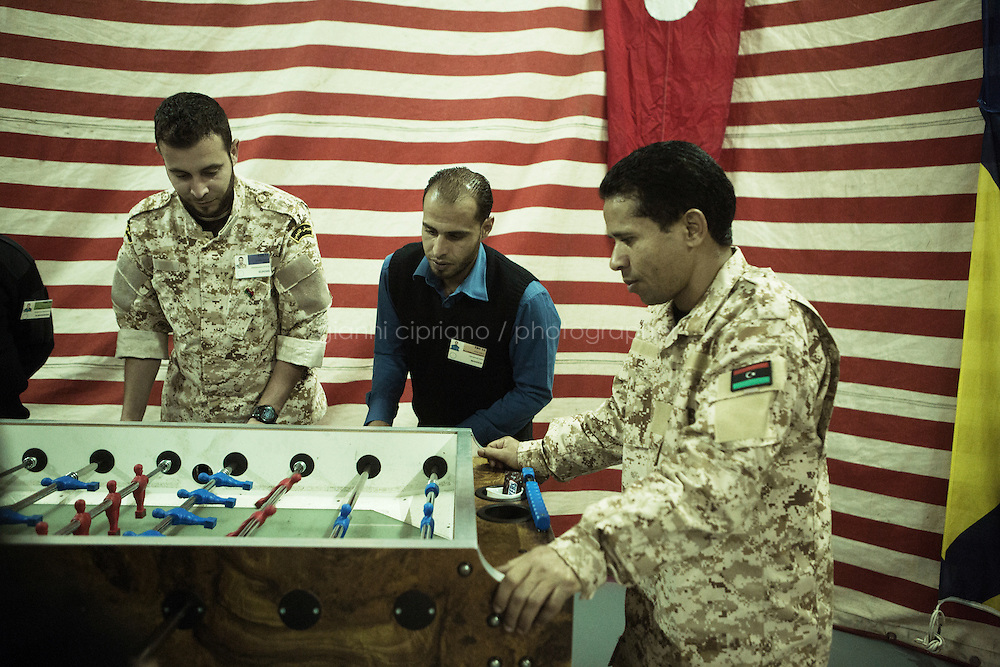