SERRAVALLE, SAN MARNO - 3 OCTOBER 2011: Federico Valentini, 29, who works as a bank clerk and plays as backup goalkeeper in the San Marino national team, trains at the Olympic Stadium before the upcoming and last Euro 2012 qualification game against Moldova on October 11, in San Marino on October 3, 2011. Before a recent game against Sweden, the starting keeper got hurt, so they called Valentini in the bank in the morning to ask if he could play. He did, and played well. The San Marino national football team is the last team in the FIFA World Ranking (position 203). San Marino, whose population reaches 30,000 people, has never won a game since the team was founded in 1988. They have only ever won one game, beating Liechtenstein 1–0 in a friendly match on 28 April 2004. The Republic of San Marino, an enclave surronded by Italy situated on the eastern side of the Apennine Moutanins, is the oldest consitutional republic of the world 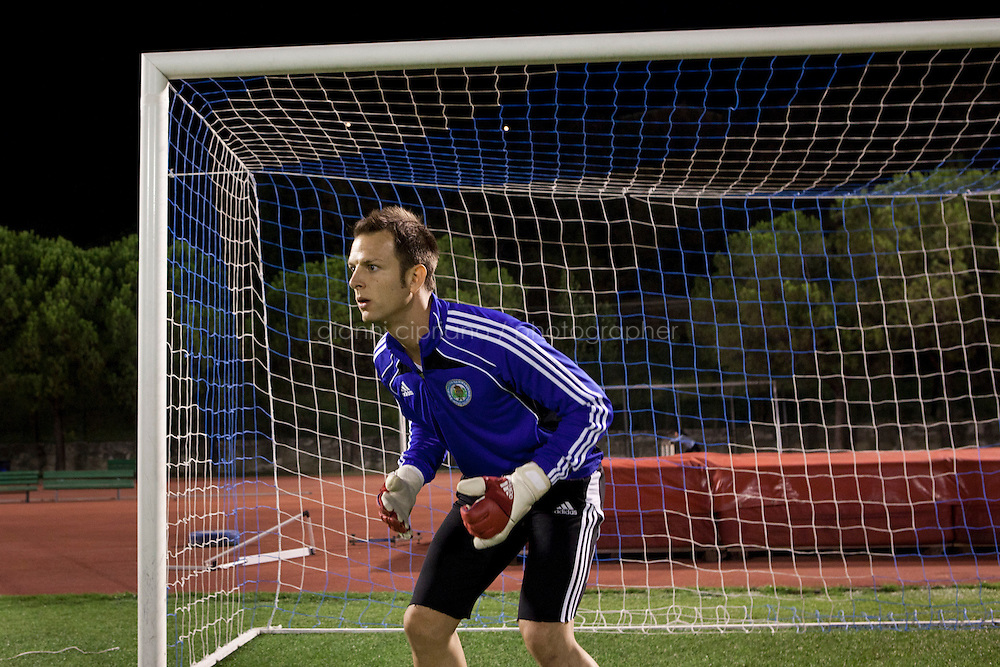