CASTELVETRANO, ITALY - 17 FEBRUARY 2020: The family tomb of the Messina Denaro family, a well known mafia family in the area, is seen here in the cemetery of Castelvetrano, Italy, on February 17th 2020. 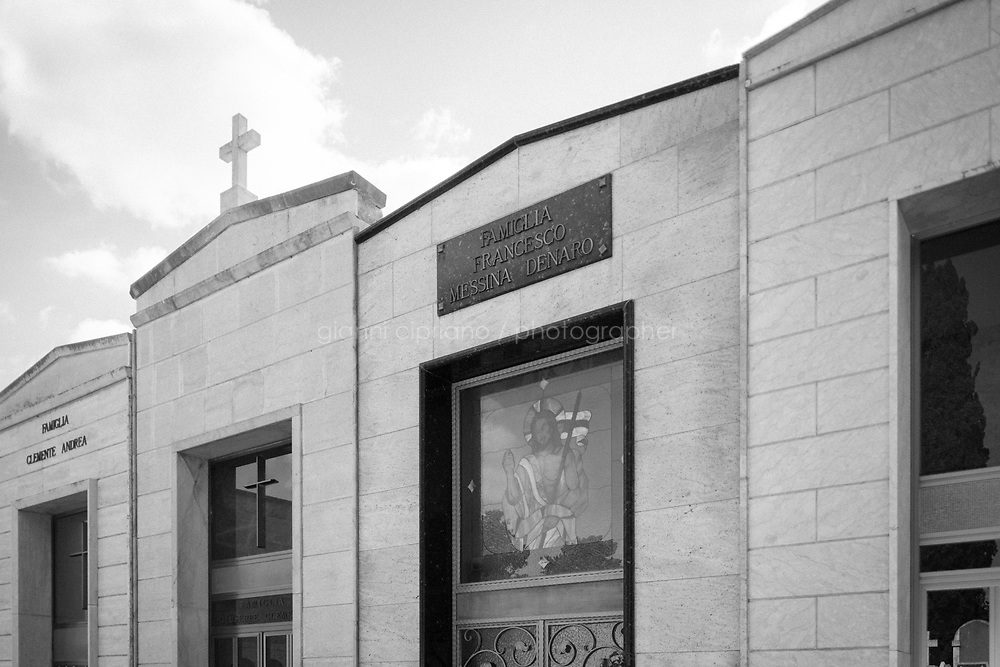