ROME, ITALY - 24 September 2013: Luciano Di Vico, a 67 years old retired credit manager and now President of the Association of Volunteers for the Protection and Conservation of the Aqueduct Park, rides walks with his bike, rake and hoe in the park where he volunteers, in Rome, Italy, on September 24th 2013.

The Parco degli Acquedotti is a public park in Rome, Italy. It is part of the Appian Way Regional Park and is of approximately 15 ha. The park is named after the aqueducts, crossed on one side by the Aqua Felix and containing part of the Aqua Claudia and the remains of Villa delle Vignacce to the South East. 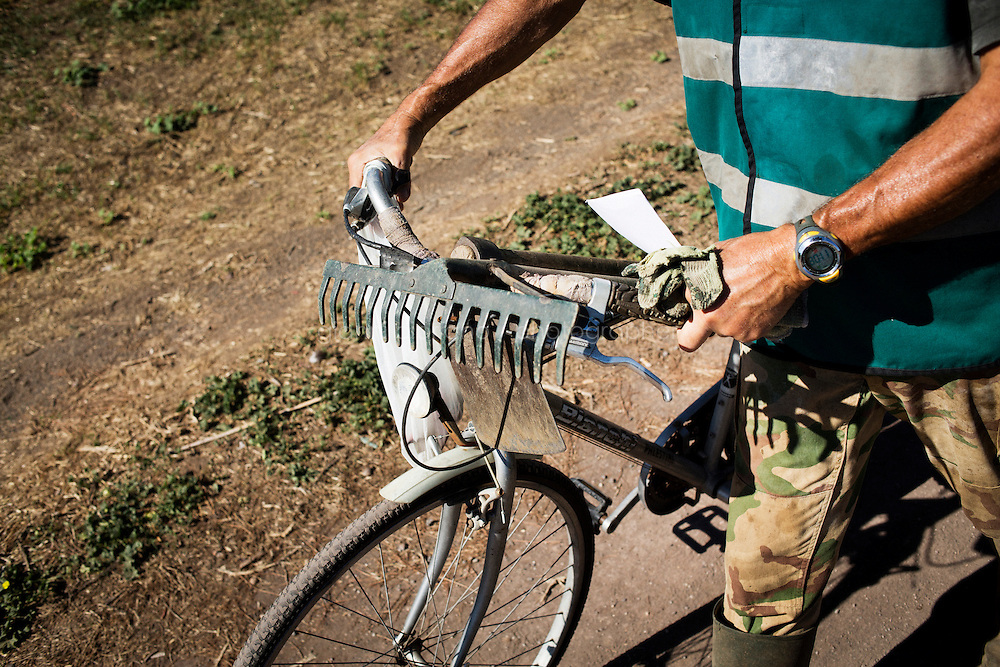