SALERNO, ITALY - 11 MAY 2020: A homeless man takes a meal donated by the charity "L'Abbraccio" (Italian for The Hug) here in in a gym in a tensile structure converted to a shelter for the homeless, in Salerno, Italy, on May 11th 2020. 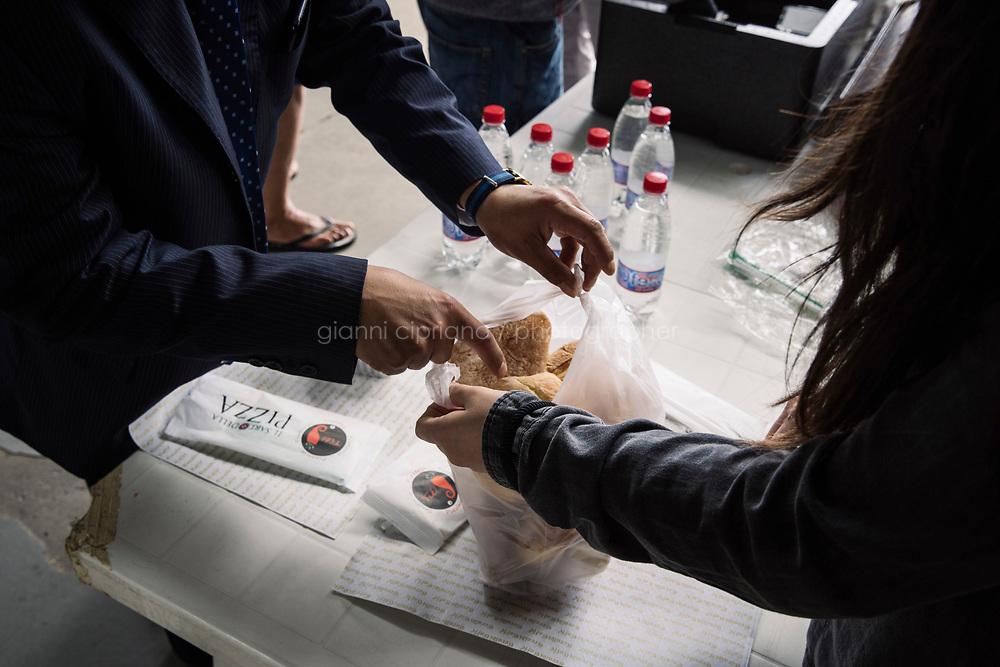