NAPLES, ITALY - 11 APRIL 2020: An elderly woman waits her turn to enter the delicatessen "Ai Monti Lattari", which has taken part in the "suspended groceries" initiative to help people face the economic consequences of the coronavirus in Naples, Italy, on April 11th 2020. Like the suspended coffee, a Neapolitan tradition that boomed during World War II and has found a revival in recent years during hard economic times, the suspended groceries is an act of generosity by those who can afford to buy groceries: the groceries are paid and left at the store for the poor who can later pick them up. 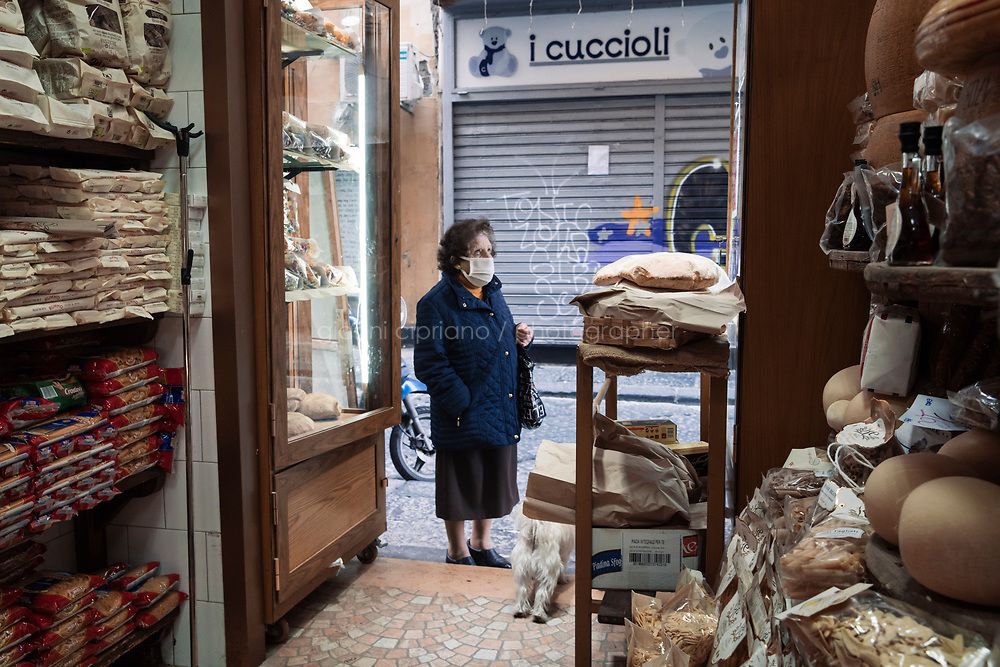