9 July, 2008. Doylestow, PA. Jim Grundy, 54, is here in front of one the antique cars of his collection, a 1929 Pullman. His garage, which he calls "Motor House" has other 4 antique cars, a 1909 Pierce Arrow, a 1913 National Semi Racing Roadster, a 1912 National Speed Car and a 1914 Mercer Raceabout. Mr Grundy is the chief executor of Grundy Worldwide, an insurance company for collectible cars. His father Jim Sr. Jr. started the business in 1947 and wrote the first antique car insurance policy in 1949. Jim Grundy has been in the business for 28 years and assumed major interest and the presidency 19 years ago. "I own the best pre World War I cars ever manufactured", Mr. Grundy says. 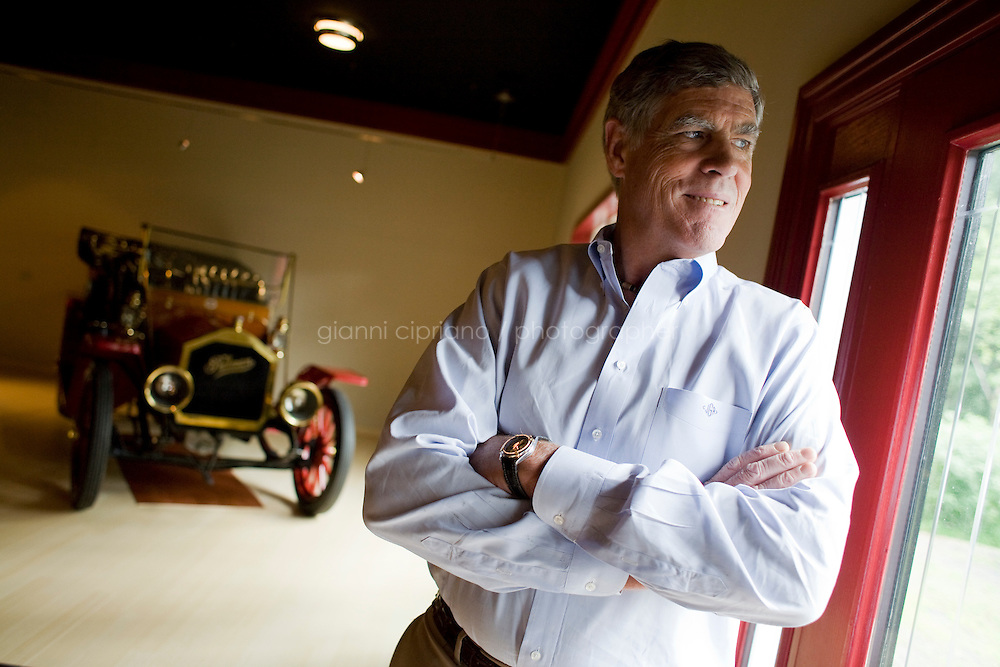