SIENA, ITALY - 20 MARCH 2015: Medical masks were placed by the researchers of the Siena Biotech on a sculpture ("Discovering Medicine", 2008, by Armelle Pindon) at the entrance of the headquarters in Siena, Italy, on March 20th 2015. The headquarters of Siena Biotech is occupied by its 50 employees and researchers who protest against the financial cutback of the Monte dei Paschi di Siena Foundation. 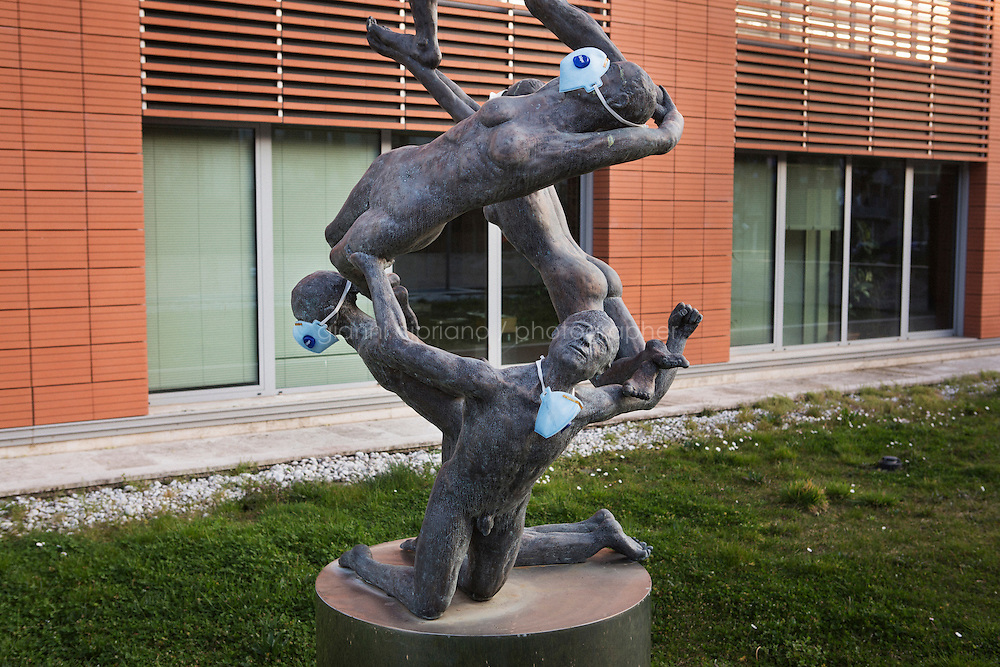