TURIN, ITALY - 23 October 2013: Host of talent show Massimo Coppola, 41, walks up the stairs towards the jurors' room the studios Masterpiece at the RAI National TV headquarters in Turin, Italy, on October 23rd 2013. 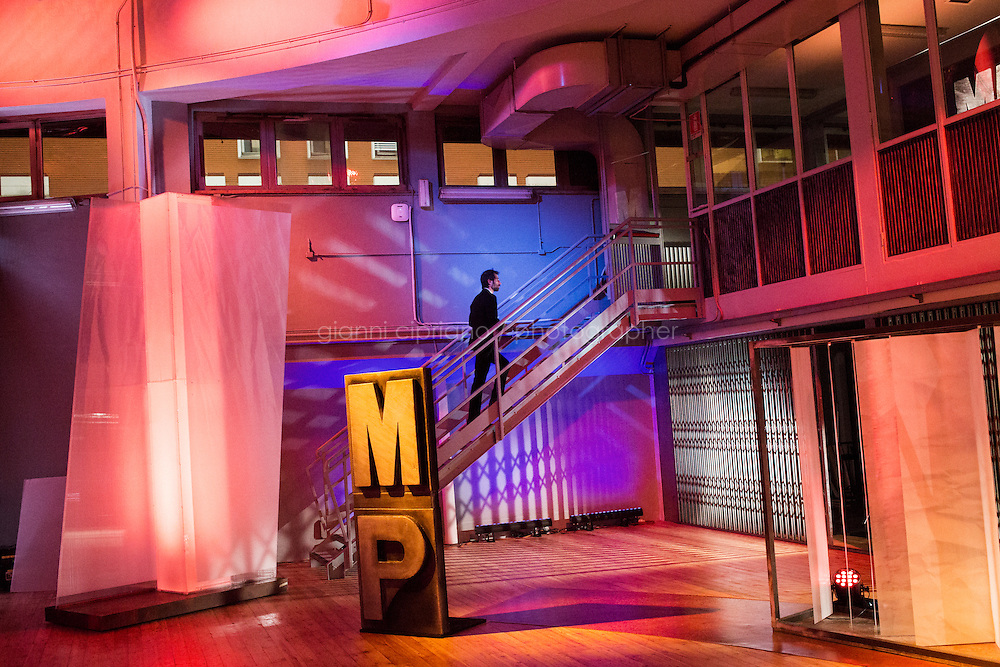