SLIEMA, MALTA - 8 FEBRUARY 2016: (L-R) Stage managers Dave McEvoy, Carrie Burnham and Rebecca Austin have a break after setting up the stage and the costumes of the touring Hamlet, performed by the Shakespeare's Globe theatre company, at the Salesian Theatre in Sliema, Malta, on February 8th 2016.

The touring Hamlet, performed by the Shakespeare's Globe theatre company, is part of the Globe to Globe tour that set off in April 2014 (on the 450th anniversary of Shakespeare's birth) with the ambitious intention of visiting every country in the world over 2 years. The crew is composed of a total of sixteen men and women: four stage managers and twelve twelve actors actors perform over two dozen parts on a stripped-down wooden stage. So far Hamlet has been performed in over 150 countries, to more than 100,000 people and travelled over 150,000 miles. The tour was granted UNESCO patronage for its engagement with local communities and its promotion of cultural education. Hamlet was also played for many dsiplaced people around the world. It was performed in the Zaatari camp on the border between Syria and Jordan, for Central African Republic refugees in Cameroon, and for Yemeni people in Djibouti. On February 3rd it was performed to about 300 refugees in Calais at the camp known as the Jungle. 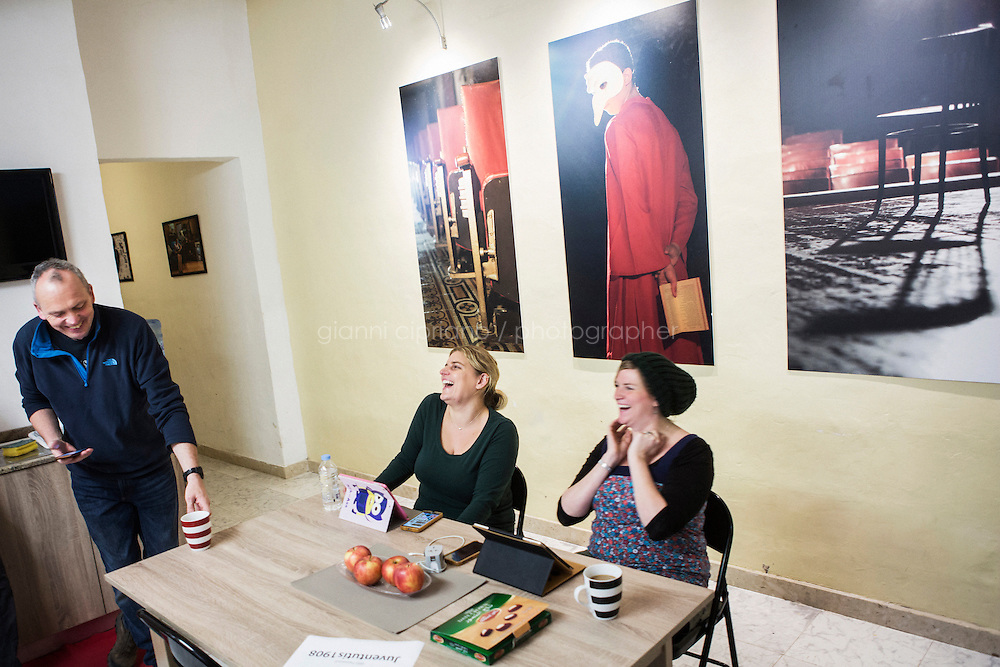