ROME, ITALY - 21 APRIL 2013: Supporters of the Five-Star Movement wave their hands during a march towards the Colosseum for a rally the day after the re-election of President Giorgio Napolitano, in Rome, Italy, on April 21, 2013.

Italy's lawmakers re-elected 87-year-old President Giorgio Napolitano on Saturday in a bid to break the country's political gridlock, as protestors outside parliament protested agains the result. Giorgio Napolitano won with a majority of 738 ballots out of 1,007 possible votes, ahead of leftist academic Stefano Rodota, backed by the the anti-establishment Five Star Movement, who scored 217. 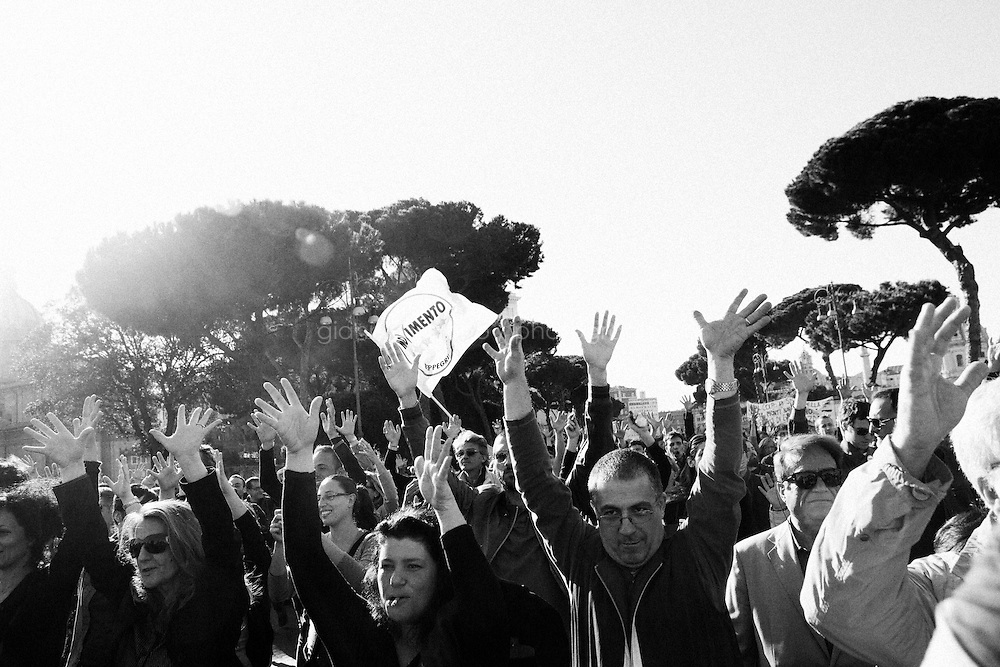