2 August, 2008. New York, NY. Angel Ortiz, 41, a graffiti artist who collaborated with Keith Haring in the 80's, is here showing the tag he made on July 22nd 2008 on Keith Haring mural of Bowery and Houston street. Next to him, on the left, is Clayton Patterson, born in 1948, who helped Angel Ortiz with the graffiti. Angel Ortiz tagged his nickname "LA2", which refers to "Little Angel", on the Keith Haring mural that was reproduced on May 4th 2008, after the original 1982 graffiti was painted over. Angel Ortiz asked Clayton Patterson, an artist and gallerist, to help him tag the wall with his own artwork. Mr. Ortiz has accused the Haring Foundation of denying him credit on many of the jointly produced works. The two artists met in 1980, when Angel Ortiz was 13 years old. Subsequently, Ortiz and Haring collaborated for several years and had joint shows.
©2008 Gianni Cipriano for The New York Times
cell. +1 646 465 2168 (USA)
cell. +1 328 567 7923 (Italy)
gianni@giannicipriano.com
www.giannicipriano.com 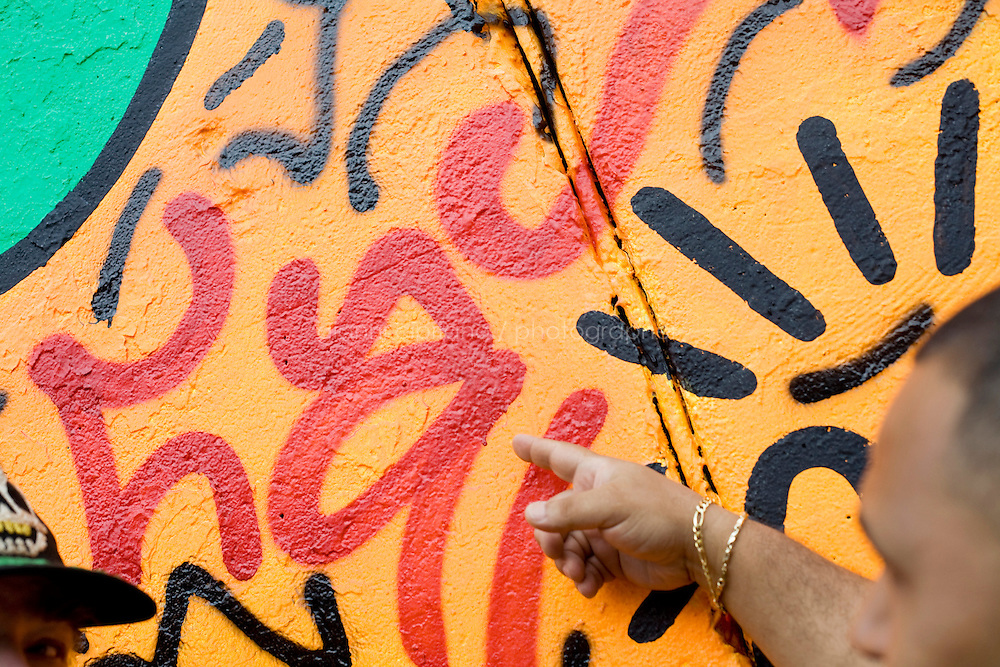