PRAIANO, ITALY - 21 MAY 2016: Antonio d'Urso (86), a retired fishermen, poses for a portrait in front of a religious shrine in Piazza San Luca in Praiano, a town of the Amalfi Coast that is trying to position itself as an open-air museum, Italy, on May 21st 2016.

Over the previous three decades, Praiano had grown as part of the tourism boom of nearby Positano and the Amalfi Coast in general, but it had never developed its own identity or tried to shape its future. It is now trying to muscle in on the fame of better-known tourist drawn towns like Positano, Ravello and Amalfi, by positioning itself as an open-air museum. On Saturday, the town unveiled eight tourist itineraries, tracking the town’s traditional small religious shrine made of majolica tiles, augmented with the works of eight contemporary artists.

These shrines were built all over town to protect the Praianesi and their homes. The artists were asked to draw inspiration from the past or the local values and traditions and to revitalize and reinforce the concept of "street art" typical of the traditional shrines. The artists were also asked to create ceramic installations that would enhance and enrich the natural landscape. Their installations were not supposed to alter the nature and the local “people’s architecture”, but rather to enrich them in harmonious and elegant ways.

The Praiano NaturArte Project consists of eight art itineraries. Seven of them have ceramic works (ceramic is a traditional medium in the area) and are made by some of the best and most well-known artists in the area. 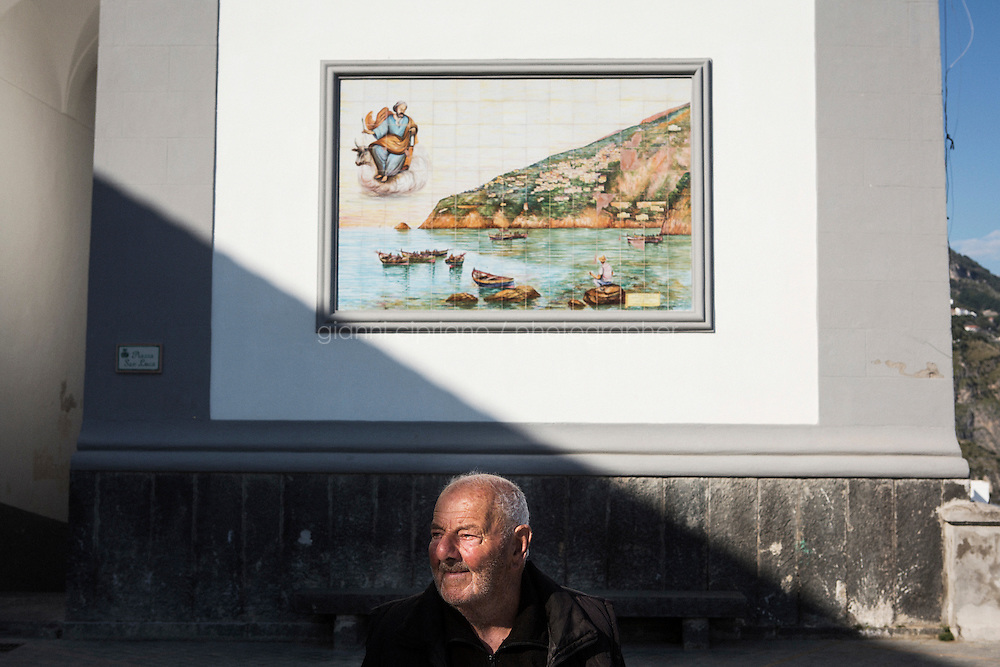