27 July, 2008. Harlem, New York. Viewing of the corpse of Barbara Ann Teer at the National Black Theater in Harlem. Barbara Ann Teer, born in 1937 and Founder and CEO of the National Black Theater, died on Monday July 21st of natural causes, said her daughter Safe Lythcott. She was 71. in 1967 Barbara Ann Teer left behind a her career as a dancer and actor who appeared frequently in New York productions, on Broadway and off. Tired of being offered stereotypical roles by white producers and became an advocate for black artists and a black culture independent of the white-dominated mainstream. In 1968 she founded the National Black Theater, an institution dedicated to the performing arts, community, advocacy and the appreciation, of the history and lifestyle of black Americans. The building is located on 125th street and 5th avenue, in Harlem, New York. The funeral service will take place on Monday July 28th at the Riverside Church in Harlem. 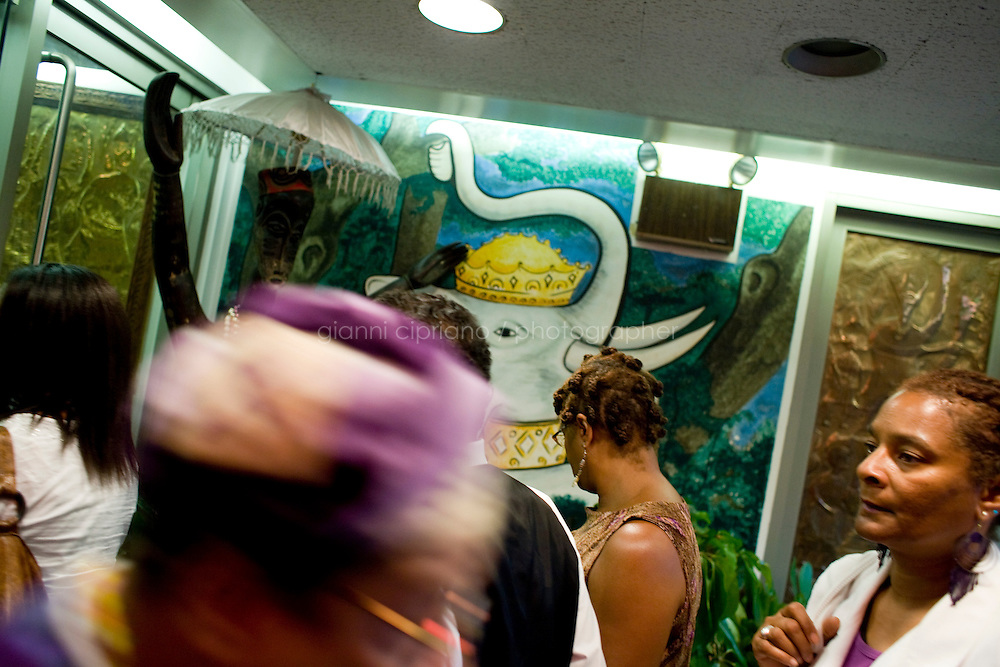