NAPLES, ITALY - 13 APRIL 2020: A man walks in the usually crowded Piazza del Plebiscito, a large public square and one of Naples' top tourist spots, in Naples, Italy, on April 13th 2020. 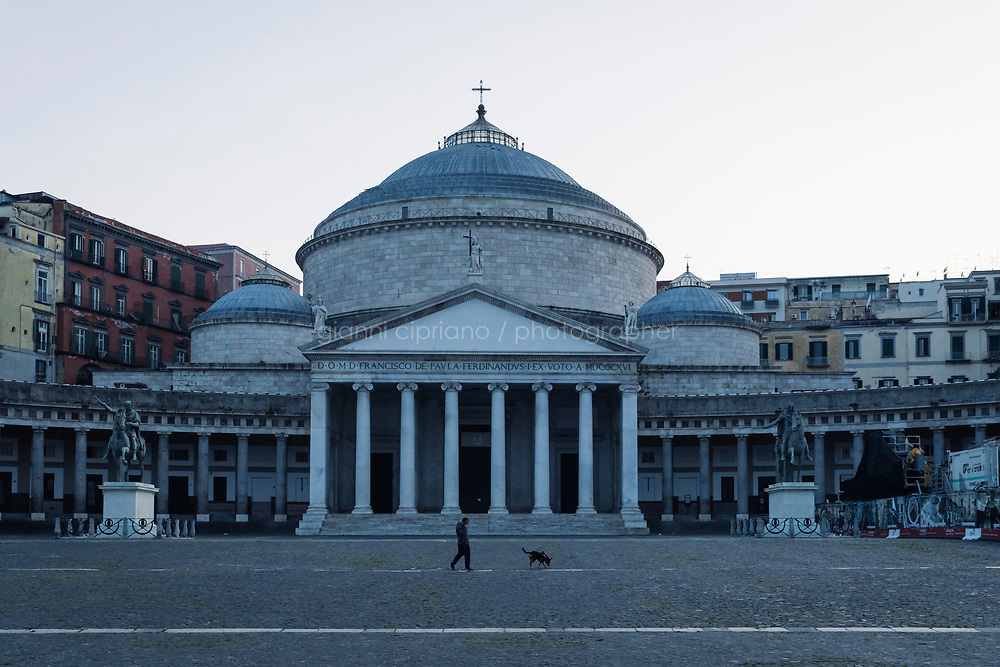