NAPLES, ITALY - 12 DECEMBER 2014: A "Suspended Pizza" logo on a paper tablecloth invites customers to contribute the cause, at the Pizzeria Oliva da Concettina ai Tre Santi (where customers can offer "suspended pizzas"), in the Sanità district in Naples, Italy, on December 12th 2014.

The suspended pizzas derives from the tradition of the caffè sospeso,or suspended coffee. The suspended coffee is a cup of coffee paid for in advance as an anonymous act of charity. The tradition began in the working-class cafés of Naples, where someone would order a sospeso, paying the price of two coffees but receiving and consuming only one. A poor person enquiring later whether there was a sospeso available would then be served a coffee for free. 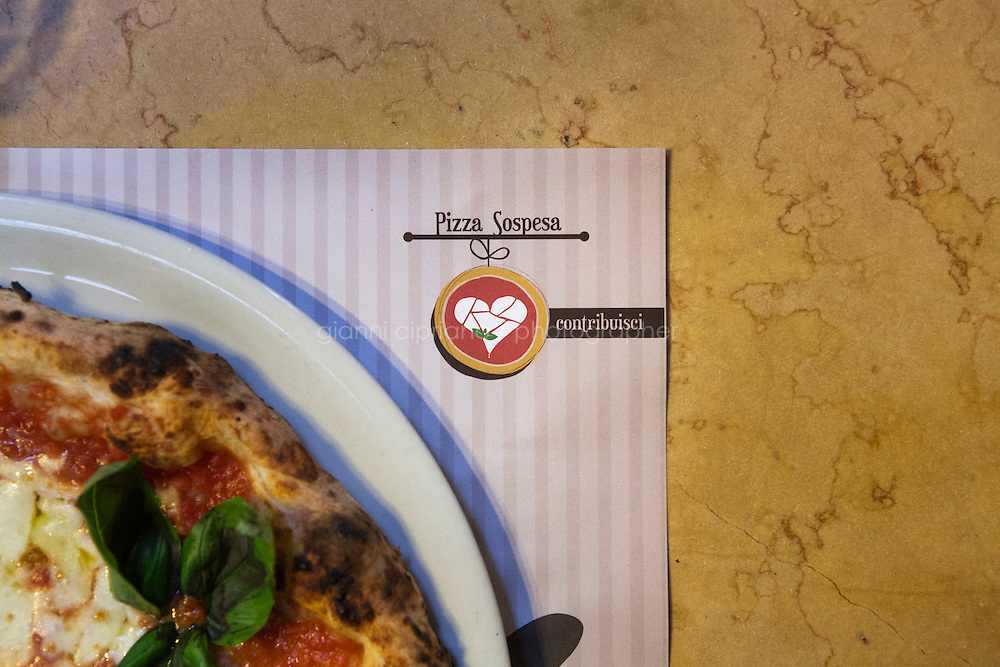